Problems with Technology and Your Brain 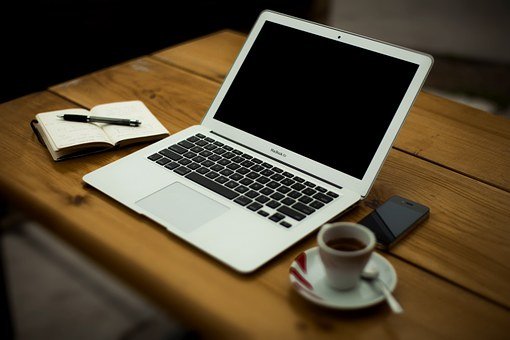 S: That’s a double-edged sword, don’t you think? In our, in our realities today, we all
need technology in order to do what we need to do. And as long as we use them as
tools to accomplish what it is that we need to accomplish, especially if you use it
for your work, then that the right thing to do.

On the other side, there’s so much that is going on today where people are not able to
live without their mobile phones. People are walking out in the street and getting run
over because they’re too busy absorbed into their phones. There are all different sorts of
things that people are doing that just aren’t smart with technology. And whenever you
take a look at how much time people spend on technology compared to actually living in
the world that they’ve created, you find that they are coming under deficit.

This phenomenon has been mentioned in the book “Digital Dementia”, and it talks about
what you lose after using the technology-based devices, you start to lose your cognitive
abilities to the point where you could be having the same type of brain activity as
somebody that has had a head injury or brain injury.

I take breaks away from the technology so that I can see pretty sunsets
and many other wonderful things. I can experience the world in the fullness that it really
is, and I recommend that you spend some time smelling the roses. See what it is that
you have built for yourself.

N: So you are saying it’s okay for some technology, but not completely all the time living
desktop technology.

S: Let’s go back to the fact that you are a school teacher. If you are a school teacher,
and you’re holding class, and the people in your classroom are getting text on their
phones and everything else happening on their phones are playing with their apps.
What are they learning? Are they learning what you’re teaching? No. So what they’re
doing is they’re literally bypassing you for their own entertainment.

That’s destructive because they are there to do their job and that’s to learn. We are
missing out. It becomes clear that we don’t see the obvious we should see. Consider
the television. Television has been taken over into a digital platform. We have been
told it is to give us better programming. We get much more than that.

Sure, digital TV gives you big screens with all the great programming on it, and you can
see a lot more of whatever the programming is. That’s great. But in reality, what the
digital community does is, while you’re watching these great things on your digital TV,
you’re being fed all of this extra information, programming you to do certain things.
Perhaps those things are not in your best interest. This is how you are controlled.

So when you watch TV, there is no free ride out there. They’re going to get their
money’s worth it one way or another. That’s how the TV works and works you over.
You are being programmed underneath whatever you’re watching; simply because it’s a
digital format, and they can do it.

About those iPads for Students – Apple into Meltdown

A couple of years ago, here in Australia… All of the private schools used to require
students to get the new version iPad each year so that they could have their syllabus
and their assignments delivered on their iPad. So every year, they would have to get a
new iPad, and the parents had to pan out for those new iPads.

Suddenly, a number of the schools were no longer requiring the children to get the new
iPads. Apple went into meltdown over this, because they thought had a sustained,
guaranteed market for all these iPad sales that they can no longer count on. The market
was flush with new iPads. Apple never thought that the demand would run dry.

To further amplify Apple’s frustration, there were students refusing to use any sort of
technology, and reverting to ‘reading a book, where you could turn pages. They were
choosing to go back to the old ways of doing things to get their head out of the iPad,
and it makes their brain work better. It makes them have the ability to think and use
their cognitive ability. We want to restore this because this is what makes us great.

N: Definitely. Okay, so this is definitely what makes us great. So let&#39;s talk a little bit
about, you know, why technology hurts? What kind of symptoms do you see, for people
that overuse technology too much.

S: One of my favorite symptoms that I like to point out, is people that do an excessive
amount of selfies. The person might be just really photogenic and loves to see pictures
of themselves, maybe they’re narcissistic, I don’t know, it doesn’t matter. But whenever
you have people, no matter where they go, no matter what they’re doing, they’re
constantly taking selfies.

Normally, if you’re involved in a conversation, and somebody says, “What did I
just say?” Typically you’ll be able to pull that up within two to three minutes. You have
a normal automatic recall. If you can remember a conversation that you had with
somebody a week ago or two weeks ago or a year ago? Well, that’s pretty important.

If you look at how the established governments look at you today, they count
on you forgetting. If you forget what has happened before, you’re easily manipulated
into how they want you to think today. This becomes a big thing. Does that ring a bell with
you?

N: Completely? Okay, I just, I like to know if I’m making sense. What other things like
too many selfies, would be red flags?

S: Here is a good one. It used to be whenever you were being terminated from a job,
you would go in, you’d see the boss and the boss would say, hey, Jim, you no longer
have a job here. We’re making you’re redundant. Today, you get a text.

What about relationships? Some people never discuss things face to face with people
that count to them. They’re always discussing things through texts these days. While it’s
easy whenever you’re texting back and forth, but you’re easily misunderstood because
you cannot hear or see what you, the other person, are thinking while you’re getting texts
back and forth. So quite often, you find that relationships come and go through text. And
that’s not the right way to do things.

Regarding good communications, my rule of thumb is, if it’s important enough, you will
have a conversation, you will have a discussion. This is something that is lost today.

Through my mentoring, all of my mentoring takes place through discussion. I don’t have
automated mentoring, because whenever people come to me, they come to me for
quality. Not some pre-recorded jargon that they have to fall into. I do things a little bit
differently from other people in a similar position. I specifically enjoy the quality that I am
able to deliver. Neil, when it comes to you and your tutoring, whenever you were doing
a lot of heavy tutoring, how did you deliver it? Did you do it in person? What were your
results like? Much better than online?

N: In-person is the best way to get results.

S: Essentially, it comes down to this. We have phones, iPads, Notepads, digital TV, and
more going on. We have all these different things that need to be moderated from
overexposure. We really need physical stimulation. So if you’re in front of the computer
for an hour to get up and walk around, This is basic to keep your blood system going.
You want to have your blood pumping through your system a little bit. So get away from
the computer, then come back to it and when you start again, you’ll feel much better.

S: Okay. Now, this is the Photographic Memory Podcast. And photographic memory
stimulates people to have better brain function overall. This is also the way that you can
recover yourself from all of the outside manipulations. You can use this to gain your
cognitive skills back.

Whenever you’re dealing with all these devices, including the computer, you’ll start to
develop, and probably have already developed a certain level of tunnel vision. In ZOX
Pro Training, we have the eye chart which allows you to expand your awareness and
perception, and thus, you break through the tunnel vision that you have incurred. It is
rejuvenating your mind.

One of the key things here is concentration. Now, do you feel that concentration
techniques are properly taught in school? No, not at all. Not at all. Well, I give people a
free concentration technique that was invented by Albert Einstein. All they have to do is
go to ZOXpro.com and sign up for it. They get the free technique that they can use
forever to enhance their concentration. And things like attention to detail become
second nature instead of something that is not what they need to be doing. The level of
attention that people have today is very, very poor. I aim to elevate that to a whole new
level. But there’s a little work involved. It’s okay. You become better.

Get your FREE Concentration technique at ZOXpro.com now.